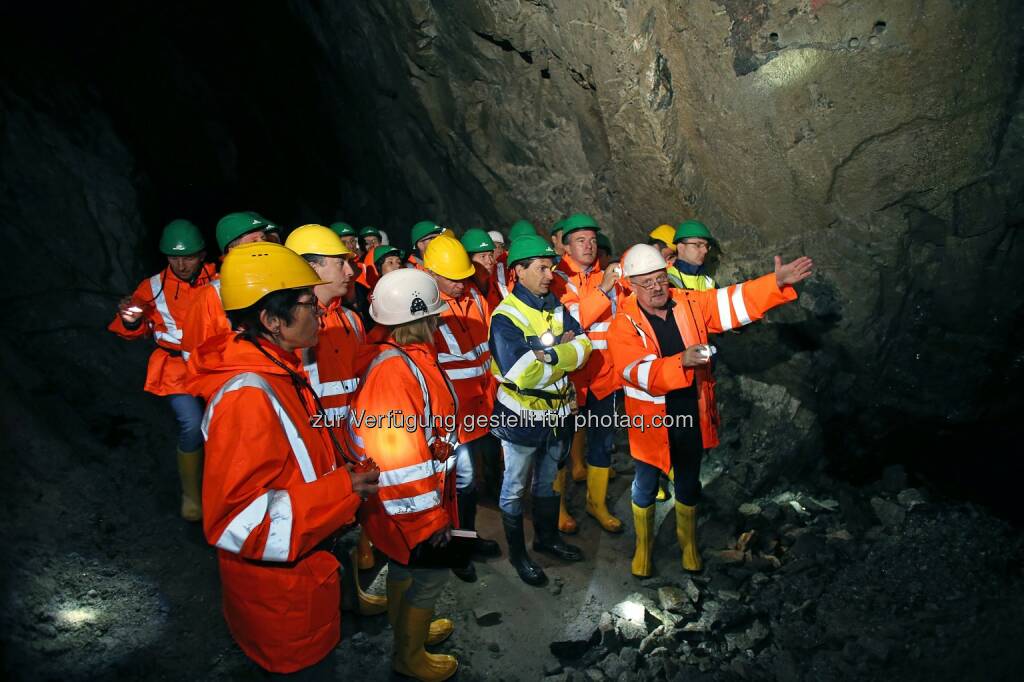 22.09.2020 Corporate news transmitted by euro adhoc with the aim of a Europe-wide distribution. The issuer is responsible for the content of this announcement.
Capital Measures/Company Information
West Leederville - EUROPEAN LITHIUM COMPLETES CAPITAL RAISING TO FUND METALLURGICAL TEST WORK AND PROGRESS DFS HIGHLIGHTS
$ 2.1M in funds received by way of a share placement (placement)\nStrongly supported by quality Institutional and Strategic Shareholders\nKey development activities to be funded by the capital raising include:
Progression of the Definitive Feasibility Study for the Wolfsberg Lithium Project\nMetallurgical test work to confirm end products for key customers and markets\nProgression of permitting and approvals required to begin construction\nAdvance discussions with offtake and financing partners\nRedeem 500 outstanding winance notes\nEuropean Lithium Limited (ASX: EUR, FRA: PF8, NEX: EUR, VSE: ELI) (EUR or the Company) is pleased to announce that it has completed a placement of 46.4m shares to raise Approxaimtely A $ 2.1m (before costs) at $ 0.045 per share with a 1 for 4 free attaching unlisted option (exercisable at $ 0.05 on or before 31 July 2022) (placement). The Placement, which was first announced on September 2, 2020, was strongly supported by a number of existing shareholders and new sophisticated and professional investors and investment funds (including Winance). The placement was managed by Empire Capital Partners who was paid a fee of 6% on amounts raised under the placement.
The placement shares are issued using the company's capacity under Listing Rule 7.1A, and without shareholder approval. The issue of the attaching options is subject to shareholder approval, which will be sought at the company's forthcoming AGM.
The Company's strategic engagement with Talaxis Limited (Talaxis) and subsequent appointment of Mr Kimon Gkomozias as Executive Director to lead the Company's development strategy in Europe will assist the Company tap into the European Battery Alliance network, which is estimated to be worth EU $ 250 billion from 2025 onwards: "A secure and sustainable supply of raw materials is a prerequisite for a resilient economy. For e-car batteries and energy storage alone, Europe will for instance need up to 18 times more lithium by 2030 and up to 60 times more by 2050. As our foresight shows, we cannot allow to replace current reliance on fossil fuels with dependency on critical raw materials. This has been magnified by the coronavirus disruptions in our strategic value chains. We will therefore build a strong alliance to collectively shift from high dependency to diversified, sustainable and socially-responsible sourcing, circularity and innovation. " (Maros Sefcovic, Interinstitutional Relations and Foresight, European Commission)
Mr Kimon Gkomozias, Executive Director stated: "Despite the impact of COVID-19 on car sales was most severe in Europe, in 2020 more EVs were sold in Europe than in China for the first time with Europe's share in global BEV / PHEV sales increasing from 23% to 42% within a year (ref: www.ev-volumes.com). Despite Europe's position as the fastest growing EV manufacturing industry, it has zero domestic production of battery-grade lithium hydroxide product with close to 80% of its current supply coming from China.
The European Union (EU) has adopted an ambitious plan to build and reshape its battery supply chain. The European Commission's recently announced Action Plan on Critical Raw Materials, is looking at the current and future challenges and actions to reduce Europe's dependency on third world countries, diversifying supply from both primary and secondary sources and improving resource efficiency while promoting responsible sourcing worldwide. It contains 30 critical raw materials. Lithium, which is essential for a shift to e-mobility, has been added to the list for the first time.
EUR is well timed and well positioned to benefit from Europe's unprecedented need for lithium, contributing to the European integration of the lithium supply chain and capitalizing on the resulting growth of the regional lithium ecosystem. "
The Wolfsberg Lithium Project is strategically located within the fastest growing EV market and also within a growing cluster of battery precursor manufacturers. EUR is well placed to service this rapidly growing EU market. It's key investment highlights are as follows:
100% owned, high grade project with mining license awarded\nSubstantial work performed by previous owners\nOpportunity to fast track development to meet EU and global demand\nClose to largest lithium import markets in EU - Germany, Belgium, France, Italy and Spain and the coming battery projects in Hungary, Germany, Sweden and Poland.\nWinance notes On 10 March 2020 the Company issued 2,000 convertible notes to Winance, each with a face value of $ 1,000. The notes were issued without shareholder approval using the company's existing capacity under Listing Rule 7.1. In conjunction with the Placement, EUR and Winance have agreed to vary the note terms, with 500 notes being redeemed from the proceeds of the placement for a total of $ 636,364. The terms of the remaining notes on issue (1,000) are unchanged (as set out in the Company's announcement made 31 July 2019 and the Company's notice of meeting announced on 28 October 2019).
This announcement has been authorized for release to the ASX by the Board of the Company.
Tony Sage Non-Executive Chairman European Lithium Limited - END -
end of announcement euro adhoc
Attachments with Announcement: ---------------------------------------------- http://resources.euroadhoc.com/documents/10207074/5/10560349/...
issuer: European Lithium Limited Harrogate Street 32 AU-WA6007 West Leederville phone: +61 8 6181 9792 FAX: mail: ir@europeanlithium.com WWW: www.europeanlithium.com ISIN: AU000000EUR7 indexes: stockmarkets: Wien, Frankfurt language: English
Digital press kit: http://www.ots.at/pressemappe/31529/aom
BSNgine
Top/Flop Diashows
Star/Rutsch der Stunde
Matrix