30.11.2022, 5334 Zeichen Aberdeen, Scotland and Singapore (ots/PRNewswire) - - Tau aggregation inhibitor, HMTM, is an oral drug with a strong safety profile, having no risk of amyloid related imaging abnormalities
- Topline results for the Phase 3 study, LUCIDITY, were shared at the Clinical Trials in Alzheimer's Disease (CTAD) conference on Wednesday, 30th November 2022, in San Francisco
- For people with early Alzheimer's (MCI), HMTM improvement in cognition over pre-treatment baseline now shown to be sustained over 18 months
TauRx Pharmaceuticals Ltd is a global leader in Tau-based research in Alzheimer's disease (AD), being the only company running late-stage clinical trials for a potential therapy designed to target the Tau pathology of Alzheimer's. Pathological aggregation of Tau correlates with clinical disease severity and brain atrophy. As a hallmark of the disease, it is recognised as a key target for disease modifying treatments.
This approach by TauRx contrasts to many in the field, where the focus has largely been on the role of beta-amyloid. Experts in the field are increasingly looking at alternative therapeutic approaches to find a breakthrough treatment that offers clinically meaningful benefit, ease of administration and low burden of care associated with a reassuring safety profile.
Supporting a path to regulatory submissions, the most recent data from LUCIDITY shows sustained improvement in cognition over 18 months over pre-treatment levels in those participants with MCI due to AD, building on previous data shared in October 2022. This treatment effect was seen only at the 16 mg/day dose of HMTM. Sustained cognitive improvement over baseline has not been seen with any other late-stage treatment for Alzheimer's currently being studied. Coupled with the strong safety profile, convenient oral administration, and lack of need for more than routine clinical monitoring, this positions HMTM as a game-changing prospect for the future treatment of this global unmet need.
On hearing the data and explanations for the path forward from TauRx, Dr George Grossberg, Professor, Director Division of Geriatric Psychiatry Department of Psychiatry & Behavioural Neuroscience, St Louis University School of Medicine, commented, "It is encouraging to see data on a potential disease modifying therapy focusing on the role of Tau in Alzheimer's disease. Being an oral agent with a good safety profile is another advance in the disease-modifying arena for Alzheimer's disease."
TauRx will announce further data on completion of the 24-month study in mid-2023, with additional blood-based biomarker data commissioned to be available early next year. Meanwhile, TauRx is preparing for regulatory submissions primarily in the UK, US, and Canada, with other key territories on their target list, including China, to follow alongside additional studies.
The recent announcement of additional investment of USD119 million through a warrants exercise triggered by the study results allows the company to move forward with regulatory submissions and preparation for market availability.
ABOUT LUCIDITY
LUCIDITY is the only late-stage clinical trial specifically targeting the tau pathology of Alzheimer's. Aggregation of abnormal tau protein is one of the hallmark pathologies.
Additional data analysis is ongoing in relation to the 1-year open label phase of the trial, secondary endpoints including MRI volumetric brain scans, and exploratory endpoints. A summary of the LUCIDITY study protocol has recently been published in The Journal of Prevention of Alzheimer's Disease http://dx.doi.org/10.14283/jpad.2022.63).
https://www.luciditytrial.com
ABOUT TAURx PHARMACEUTICALS LTD
The TauRx group of companies was established in 2002 in Singapore, continuing a partnership with the University of Aberdeen, with primary research facilities and operation based in Aberdeen, UK. The company has dedicated the past two decades to developing treatments and diagnostics for Alzheimer's and other neurodegenerative diseases due to protein aggregation pathology.
Alzheimer's dementia is a leading cause of death throughout the world and one of the most important public health issues to be addressed globally. TauRx will contribute to addressing this unmet need with data from LUCIDITY and pursuit of regulatory approvals in line with its overall plans to commercialise HMTM and pursue clinical trials in other related neurodegenerative diseases.
https://www.taurx.com
TAU PATHOLOGY IN ALZHEIMER'S
Through dedicated research programs, it is understood that certain age-related factors lead to misfolding and aggregation of tau proteins, and the subsequent formation of tau tangles in Alzheimer's. These tangles disrupt and damage neuronal function, a process that begins many years before symptoms of dementia are seen. Tau pathology has been proven to correlate with the clinical decline (loss of memory and ability to care for oneself) commonly seen in people with Alzheimer's, establishing it as an important target for treatment. HMTM is a tau aggregation inhibitor, which effectively crosses the blood brain barrier to target the source of this damaging process.
View original content:https://www.prnewswire.co.uk/news-releases/lucidity-phase-3-t opline-data-presented-at-ctad-for-hmtm--the-only-oral-anti-tau-therap y-in-late-stage-development-301690475.html
Digital press kit: http://www.ots.at/pressemappe/PR162589/aom
BSN Podcasts
Christian Drastil: Wiener Börse Plausch 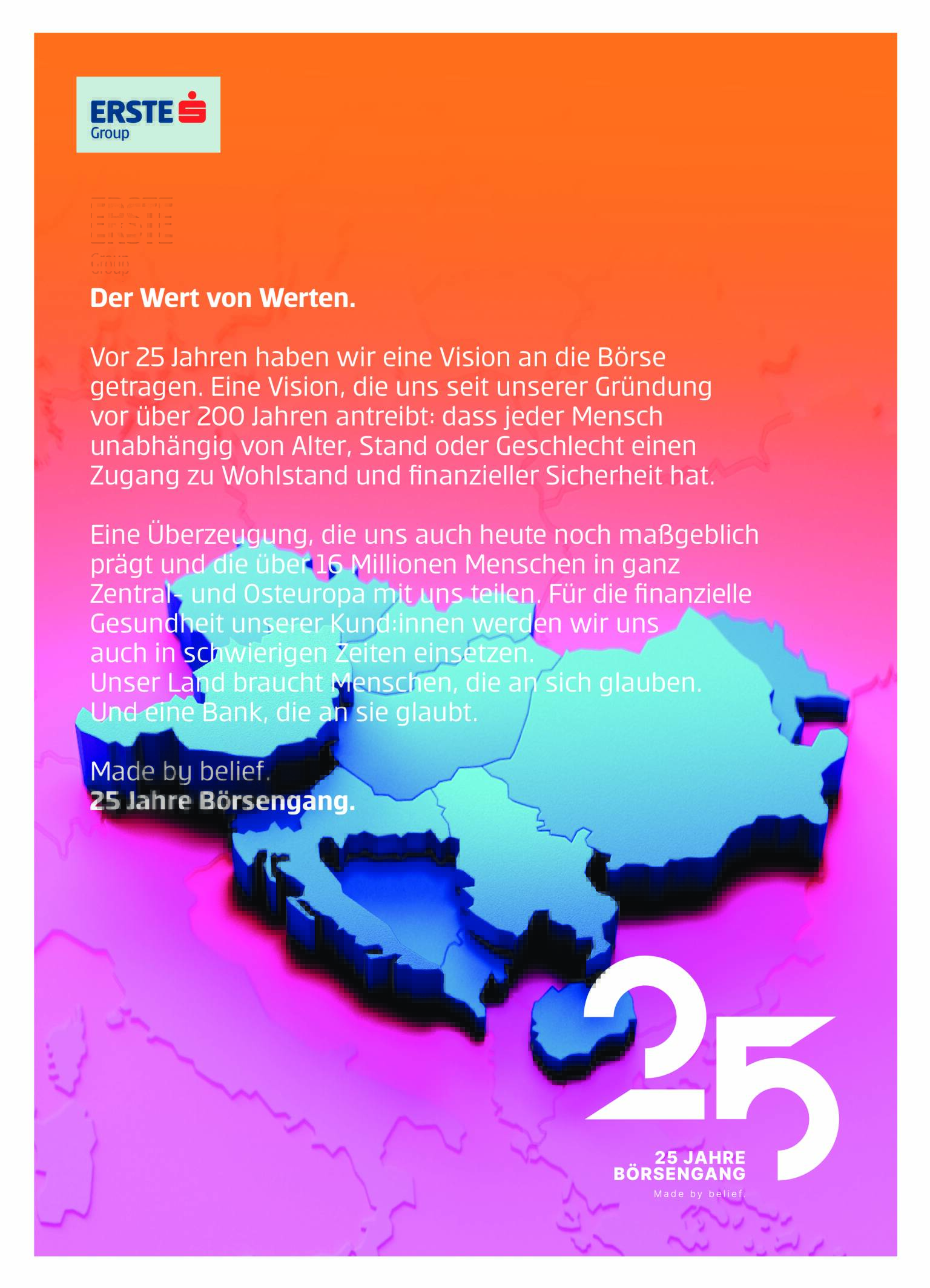